Top things to do in The Gambia for Visitation.

Are you visiting The Gambia for the first time? Here are some great things to do to ensure you get the most out of your holiday. About The Gambia Whether you jet over to immerse yourself in The Gambia’s world-class birdwatching, its MY FIRST TIME IN THE GAMBIA: Our Company will act as Local Agents to ensure that your holiday turns out to be what you expected.  As this may be your first time to go to The Gambia, we will provide you with as much information as possible. Gambia is peaceful and stable. Crime rates and the cost of living are among the lowest in the world. The sun shines for all 12 months of the year! The Gambia offers you the best climate in the world and one of the most beautiful landscapes. This makes the Gambians warm and friendly people with a contagious relaxed attitude to life.All visitors require an anti-malaria injection or tablets.

CONTACT OF EMERGENCY: Our Tour Guide will be with you all the way through your itinerary.  If an emergency arises outside the visiting times, the receptionist or the duty manager of the hotel could be contacted, who will in turn inform us immediately.

CLIMATE: The Gambian climate is such a wonderful one, the winter season which starts in June through to December show 68 F to 86F. The summer begins in January through to May also shows 86F to 158F.  We normally have rain fall between July and August.

VALUABLES: We strongly recommend for the security of everyone that you put passports, flight tickets, cash, traveler's cheque, and jewelry in the hotel safe deposit, or room safe in the hotels where this facility exits.  This facility is generally free of cost.  Some hotels may charge a small fee.  Loss of the safe deposit key is liable to a penalty charge.  Please remember to be mindful with your valuable items at the beach and crowded city markets.  We would recommend that you leave them at the hotel safe deposit. [vc_row row_content_width="grid"][vc_column][vc_empty_space height="11px"][vc_column_text]The beauty of Dakar, a city that sprawls across the Cap-Vert peninsula in a jumble of villages and former French colonial towns, comes not from its architecture, but from its people and the atmosphere they create. Hot, dusty and derelict streets are brought to life by locals parading in an explosion of brightly-coloured fabrics and sharply-tailored suits. Roads are often choked with traffic, but there's a buzz in the constant chatter and giggling of workers on the buses and in the sept places taxis. In the markets and the Medina, there's a riot of noise and smells. And in the air, there's a constant soundtrack of raucous jazzed-up Senegalese pop. It can be an exhausting place to negotiate, but to escape the hustle and bustle for, say, the sedate confines of Club Med in the opulent suburb of Les Almadies 5km from the city centre, is to miss the point – and the warmth of the place.

Steer clear of the pricey hotels around the buzzing place d'Independence, where the noise is constant and sleeping is seen as indulgent. Instead, within easy reach by bus or taxi, Hotel du Phare is located down a quiet, sandy side street in the coast-hugging district of Les Mamelles. The pastel painted walls, comfy couches and book-lined shelves lend a homely atmosphere, and the excellent food fuses West African and Mediterranean flavours – poulet aigre doux, for example, is tender spiced chicken in a sweet, tangy sauce. • Hotel du Phare, 36 Cite des Magistrats, +221 33 860 3000. Rooms range from £27-35.[/vc_column_text][vc_empty_space height="12px"][vc_column_text]To get to grips with the scale of the place, head up Les Mamelles (breasts in French), two hills that overlook the otherwise flat Cap-Vert peninsula. From here you can see the Atlantic, the city sprawl and the controversial bronze statue Le Renaissance Afriquaine. Larger than the Statue of Liberty and still in the process of being built, it features a man, woman and child pointing, in vaguely communist style, to the horizon; a symbol of renewed African hope. Designed and built in 2009, the statue itself is impressive, even if the £17m spent by President Wade's government has come under scrutiny. Religious groups recently complained that the skirt of the female figure is too short. A further £6.7m is being spent lengthening the offending item of clothing. It should be finished and officially opened by the middle of this year.

Music is part of the fabric of the city, and every street in Dakar comes with its own soundtrack – from live music and car stereos to home radios blaring out day and night. If you want to choose your own soundtrack, head to bar-venue Just 4 U to hear legends such as Omar Pene and Orchestre Baobab play Cuban-tinged, Senegalese classics. The setting – an outdoor patio area with chairs and tables arranged under canvas awnings – adds a cosy, laid-back vibe. This extends to the cool, moneyed clientele who prefer to watch than to dance. If you want to move your feet, go to Youssou N'Dour's nightclub Thiossane(pronounced Cho-sann), where, every Saturday at 2am, the master himself performs his definitive brand of mbalax. Thiossane has a large (and considerably packed) dance floor, flanked on both sides and behind by low balconies a la Hammersmith Palais. • Clubs open around 1am, cost £5-10 for entry and the fashion on parade puts London clubs to shame. Just 4 U is on avenue de l'Est in the University district. Thiossane is on rue 10 in Grand Dakar. Drinks £2 for the locally brewed Flag beer, £3.50 for spirits

Youssou N'Dour was born in the Medina, which is not a medina in the Arabic sense of a medieval walled city but rather a series of narrow streets laid out in grids and packed with people. There are few tourist sites, except the Grand Mosque, but walking around you will see the rhythms of everyday life: horse-drawn carts, open stoves serving cheap meals and makeshift stalls selling a miscellany of goods - from rugs to mobile phones. This is the gritty reality that fuels much of N'Dour's music and, while he now lives in a plusher part of town, his father, Ilaman, is still a resident of the Medina.

In the centre of town, L'Institut Français, with its lush exotic gardens, offers an airy escape from the heat and the thrum of the streets. People sip cappuccinos in the cafe, students read in the library or watch films in the viewing rooms. The Galerie le Manège is part of the institute and houses exhibitions often free of charge. • 89 rue Joseph T. Gomis, +221 33 823 0320. institutfr-dakar.org (website in French).   [/vc_column_text][vc_empty_space height="27px"][vc_column_text]

From morning till night, good food awaits on every street corner. Along avenue Pompidou, grilled fish, skewered mutton and mafé rice, cooked al fresco, make for a filling meal from as little as £1.80. Restaurant prices in Dakar are similar to those in European cities, but the large portions and fresh local fare offer far better value. Try the national dish thiéboudiene (literally rice with fish) or chicken yassa (chicken in an onion sauce). The fashionable La Fourchette restaurant near Marché Kermel (4 rue Parent, +221 33 821 8887) serves top drawer international food and costs £15 for a three-course meal. Le Patio (9 route de Ngor, +221 33 820 5823) in the trendy Ngor district is at the other end of the scale, and could easily be in St Tropez. There's a secluded garden area where you can drink cocktails and watch the beautiful people in their finery.

[/vc_column_text][vc_empty_space height="20px"][vc_column_text]
West African markets are a riot of noise, colour and haggling, from which you emerge spiritually enriched and not financially impoverished. Dakar's two finest are Marché Kermel and Marché des HLM. Kermel, near the port, was originally built in the late 19th century and restored in 1997. This is where Dakarois do their food shopping. Cows are butchered in front of customers, langoustines and shrimp try to escape boxes, and fresh fruit and vegetables abound. Outside there are stalls selling an array of authentic handmade wood carvings. Marché HLM, a couple of kilometres away in Grand Dakar, specialises in fabric – the more extravagantly colourful the better, in keeping with the local fashion. Fabric ranges from finest Malian waxed and beaten cloth imported from Bamako through to Mauritanian Arabic-style patterns. For a man's suit you need four-six metres, for women's dresses four metres. The best material costs up to £80 for six metres. It pays to search for a bargain.

In Senegal, football is just as important as music and with the 2010 World Cup imminent, Dakar provides a taste of what fans can expect in South Africa this summer - unfortunately, the national team failed to qualify. The football season begins in February, and Dakar's biggest team, ASC Jeanne D'Arc, play at the 60,000-capacity all-seater Léopold Sédar Senghor national stadium on route de Yoff, about 6km north of the city centre. Tickets range from around £3-15 depending on the game. Be prepared for the continual blowing of horns, live bands in team colours, beating drums and African-style cheerleaders wearing full body paint and not much else. It's difficult not to get caught up in the excitement, whether you are a football fan or not.
[/vc_column_text][vc_empty_space height="43px"][qodef_image_gallery type="masonry" enable_image_shadow="no" number_of_columns="three" space_between_items="small" images="5432,1217,435" image_size="full"][vc_column_text] 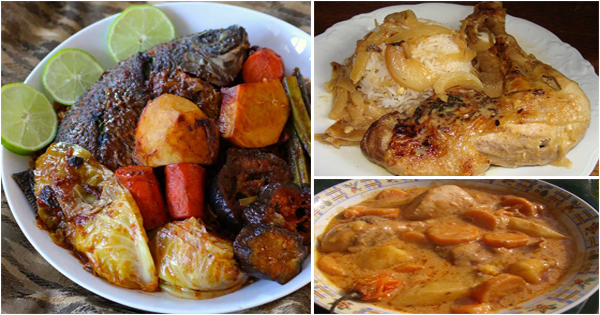